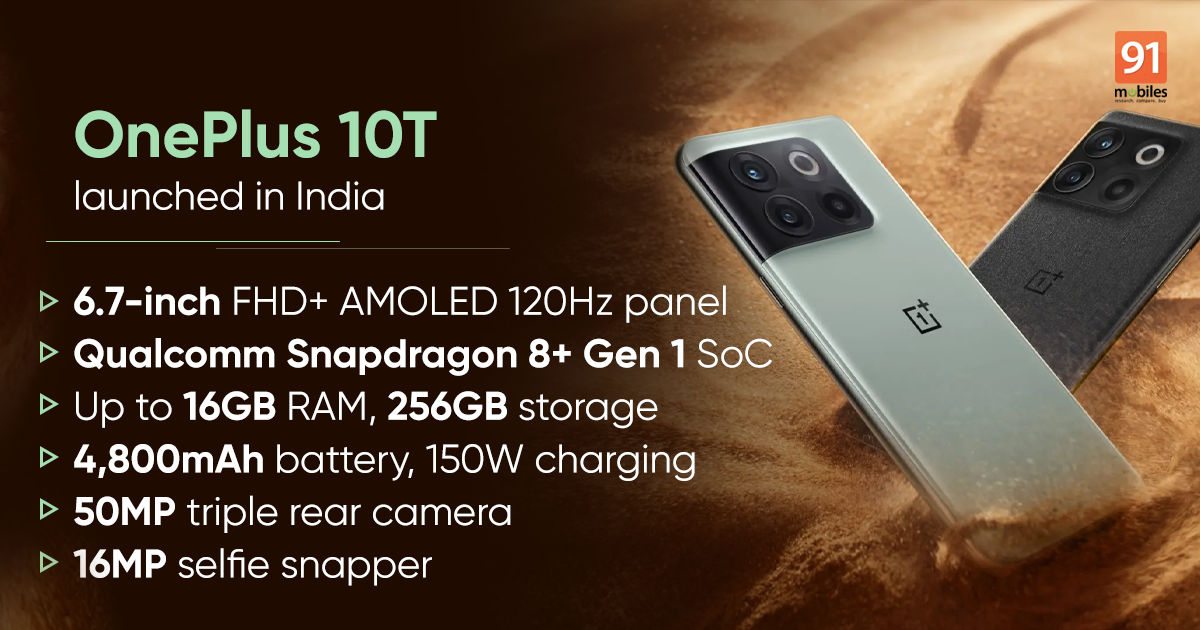 Apart from being the first 16GB RAM OnePlus smartphone, it is also the first OnePlus flagship to ditch the iconic Alert Slider. We won’t see the Hasselblad camera sensors and wireless charging support on the OnePlus 10T either. With that said, let’s look at what the OnePlus 10T has in store for us.

OnePlus 10T price in India starts at Rs 49,999 for the base variant, with pre-orders now open and will be purchasable in open sales starting August 6th via Amazon and OnePlus’ official website. Interested buyers can grab the handset in two colour options: Moonstone Black and Jade Green. It comes in three storage options: 8GB/128GB priced at Rs 49,999, followed by 12GB/256GB at Rs 54,999, and 16GB/256GB at Rs 55,999.

OnePlus 10T draws power from Qualcomm’s flagship Snapdragon 8+ Gen 1 chipset and ships with 16GB LPDDR5 RAM and 256GB UFS 3.1 storage, which is not expandable. For security, the OnePlus 10T gets an in-display fingerprint scanner and face unlock feature.

Keeping the lights on is a 4,800mAh battery with 150W SUPERVOOC fast charging support. However, you’ll get a 160W charger inside the box, which according to OnePlus, fully charges the OnePlus 10T in 19 minutes. 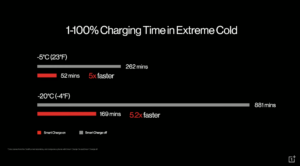 Photography on the OnePlus 10T is taken care of by a triple rear camera setup: 50MP Sony IMX766 primary with OIS support, 8MP ultra-wide, and 2MP macro sensor. For selfies and video calls, it houses a 16MP front-facing snapper.

Connectivity features include Wi-Fi 6, Bluetooth 5.2, 5G cellular network, and a dual-stereo. It boots Android 12-based OxygenOS 12.1 skin out of the box. OnePlus promises three major OS updates and four years of security updates for the OnePlus 10T.