There’s a dedicated microsite on Amazon, which reveals some key details of the iQOO Z6 Lite. From the looks of it, the phone doesn’t appear to be a rebrand, instead looks like a brand new offering. 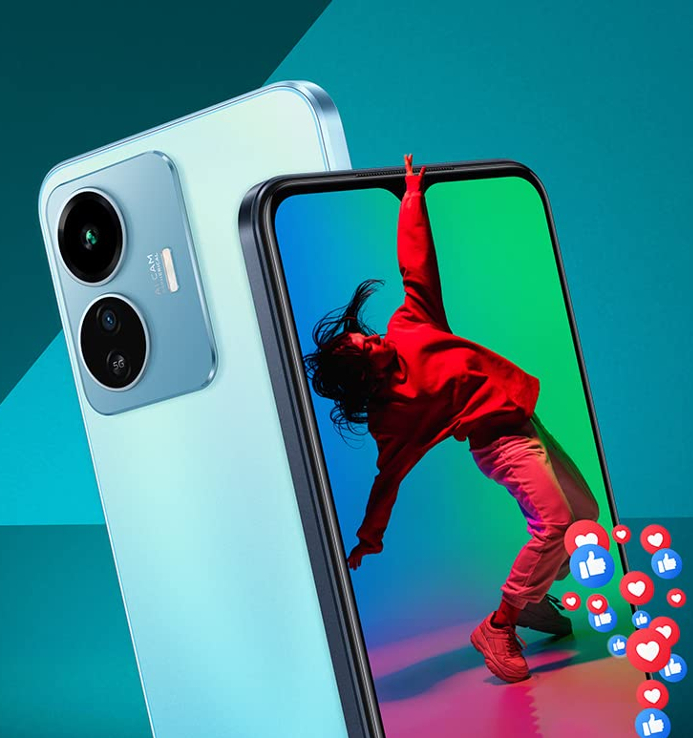 The iQOO Z6 Lite is set to launch in India on September 14th. The handset appears to have a similar design as the iQOO Z6 5G. It has a waterdrop notch on the front for the selfie snapper, slim bezels and flat edges. The phone has a boxy design similar to most smartphones these days. The phone could be made of a polycarbonate build. The volume rocker and power button are placed on the right edge.

On the back, the iQOO Z6 Lite has a rectangular module with two large circular rings, with a large primary sensor housed in the top ring and a regular sensor placed in the ring below. There is an LED flash and 5G branding.

The Amazon listing has confirmed the iQOO Z6 Lite would come with a 120Hz refresh rate but it isn’t clear whether the panel is LCD or AMOLED. We also get a confirmation that the phone will be powered by the Qualcomm Snapdragon processor and offers dual 5G connectivity. However, the chipset details aren’t revealed just yet. Recent reports suggested that iQOO is gearing up to launch a phone with a new Qualcomm Snapdragon 4 series chipset.

The Amazon listing suggested the iQOO Z6 Lite chipset details will be revealed on September 7th so we should know more details pretty soon.